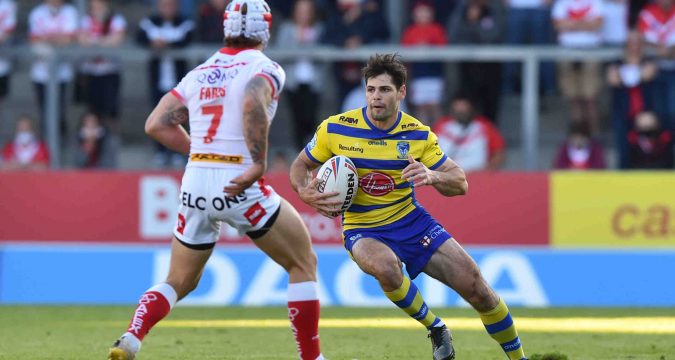 Castleford Tigers have signed Warrington’s Australian centre Jake Mamo on a three-year deal which will begin next season, as well as agreeing a four-year contract extension with hooker and reigning Super League Man of Steel Paul McShane.

Mamo, 27, who hit the headlines with a hat-trick in the 40-14 win at Wigan on Wednesday, started out at Newcastle Knights before moving to Huddersfield in 2017.

He joined Warrington two years later and has been a regular feature under compatriot and coach Steve Price.

“I’m really excited and happy to be coming to a club like Cas,” he said.

“I’ve played against them for the last five years and whenever you go there, even though the crowd is against you, it is always a great atmosphere.”

Meanwhile, the Tigers have named a 21-man squad (see page 5) for their Tuesday-evening Super League game at Huddersfield after being forced to forfeit last midweek’s home clash with St Helens, who were awarded a 24-0 win.

Castleford were unable to name a 17-man squad due to injuries, including to skipper Michael Shenton, and younger players with first-team experience being unavailable because of Covid issues.

The sides are set to meet in the Challenge Cup Final at Wembley on Saturday, July 17.

The RFL said “an unusual range of circumstances” had impacted on Castleford but that the threshold for a Covid postponement – seven senior players unavailable as a direct result of positive tests or as close contacts – had not been met.

The club’s Academy squad were also advised to isolate as a result of two further positive cases.

Castleford, who fielded a weakened side in their last game against Catalans, confirmed Shenton suffered a knee injury in the 16-6 home defeat.

And McShane, Peter Mata’utia and Suaia Matagi all picked up knocks in the England versus Combined Nations All Stars game the following evening.

A statement on the club website revealed that only 14 first-team players were available for selection against Saints.

“Due to injuries and following a young player within the first-team environment testing positive for Covid-19, seven other players have had to be stood down due to contact tracing protocols,” the club added.

The fixture is the ninth in Super League to fall victim to the pandemic in 2021, but the first to be cancelled.

Defending champions Saints were involved in two of the other eight.

As in 2020, league positions will be determined by win percentage, and a club must play at least 18 matches to qualify for the top-six play-offs.

After facing Huddersfield, Castleford host Salford on Sunday before the Wembley countdown begins in earnest.