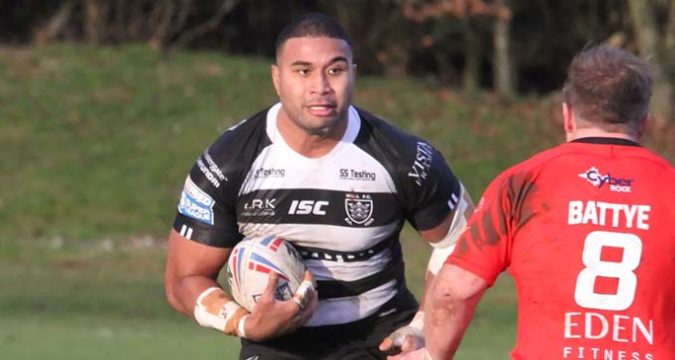 The Tongan, who recently represented the Combined Nations All Stars against England, explained: “He’s doing really well, leading from the front and directing the boys around the pitch.”

Oldham-born Sneyd came through the ranks at Salford and spent four years as a first teamer before a loan season at Castleford in 2014, which included a Wembley appearance in the Challenge Cup Final loss to Leeds.

He won the Lance Todd Trophy on both occasions, becoming only the second man to be named Wembley man of the match for two years running after St Helens’ Paul Wellens.

Sneyd played a key role in the 17-10 Super League comeback win at home to Huddersfield and Hodgson called his elevation to co-captain a “no-brainer”.

He added: “Any halfback is full of that composure and most halfbacks have the ability to captain the team and we saw that in Sneydy at the start of pre-season.

“I had to learn a little bit more about him, but he’s a natural leader, he’s very calm and he doesn’t let things in the game throw him off balance.”

Sneyd landed a field-goal against Huddersfield, and Hodgson said: “I’m really pleased for him on that.

“He had the yips earlier in the season, but he gets them the majority of the time, so it was good to see one go over for him and his confidence.

“Sometimes you just have to see one go over for the next ten to go over. That was a pressure kick at an important time in the game.”

The derby at Hull KR, postponed because of Covid issues in the home camp, will now take place on Thursday, July 15.

Hull, whose subsequent home meeting with Salford was called off due to Covid issues at the Red Devils, host Leigh on Sunday.