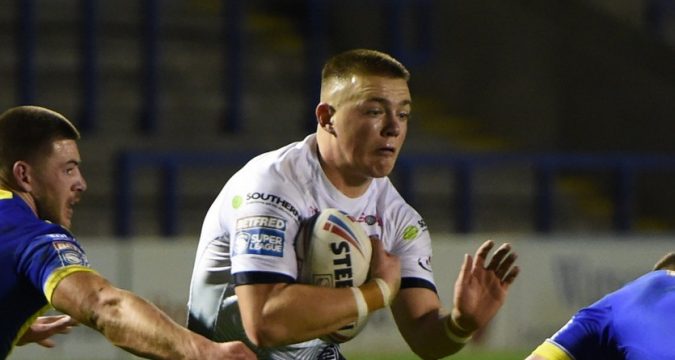 Castleford Tigers are believed to be closing in on a new signing for next year in the shape of Leeds Rhinos halfback Callum McLelland.

The Tigers and incoming coach Lee Radford have been looking to add a playmaker to their squad for 2022.

Totalrl.com understands that they have settled on McLelland, who is a former Castleford player and Academy product, who is off-contract after finding first-team opportunities rare at Headingley.

The 21-year-old free agent has played just eleven games for Leeds since joining the club in 2019.

McLelland is originally from Pontefract and came through the Tigers’ youth system.

He left Rugby League to cross codes and join Edinburgh Rugby in November 2017, going on to play eight times for Scotland’s Under-20s.

He then returned to Rugby League with the Rhinos on a three-and-a-half year deal in August 2018, and spent time on loan with Featherstone in both 2019 and 2020.

McLelland helped Rovers reach the Million Pound Game against Toronto Wolfpack at the end of 2019.

The scrum-half has also played two Tests for Scotland at senior level, helping the Bravehearts qualify for the 2021 Rugby League World Cup, and he also represented England at youth-level.

McLelland, a Lock Lane junior, has barely played this season after battling groin and ankle injuries.

In late June he told The Yorkshire Evening Post: “Contracts and stuff will take care of themselves when I’m playing. I was a bit worried at the start of the year, but now I’ve got a different outlook on it and whatever will be, will be.

“I’ve not been dealt a great hand, but I’ve got to try and make the most of it and, hopefully, when I’m back I can try and prove myself.”

Castleford have been on the hunt for a new halfback with Danny Richardson expected to leave the Jungle at the end of this year.

Gareth O’Brien and Jake Trueman were preferred in the halves for the Tigers in the Challenge Cup final last Saturday.