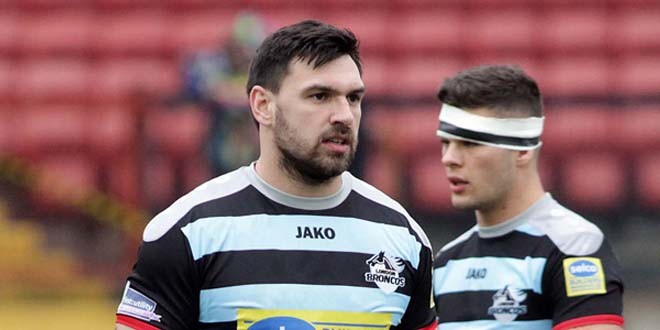 London Broncos captain Matt Cook believes the enforced rest his side have had, due to their fourth round Challenge Cup exit, could work in their favour when they travel to St Helens on Thursday night.

Saints, by contrast, have played three games in quick succession, including matches against Leeds and Wigan, and Cook is hoping all of London’s recent hard work pays off at Langtree Park.

“It’s unfortunate we are out of the Challenge Cup but at the same time it’s nice to freshen the legs and get some more ball work done,” said Cook

“It gives us a bit more time working together as a team, time that we need. We still haven’t been together as long as we would have liked but the extra ball sessions have been great. We’ve used the time well and hopefully it’ll stand us in good stead going in against St Helens.

“Hopefully we can give it to them; they’ll be a bit tired, bruised and battered after going against Leeds Rhinos in the Challenge Cup. They’ve had three tough games and we want to make sure we give them another tough day at the office on Thursday.

“For us [over Easter] we had two completely different games in terms of how we performed. I thought we strung a fairly good performance together against Catalan Dragons at home but we didn’t back it up against Hull FC.

“We’ll be able to go into this game much fresher and hopefully catch St Helens off guard, with them having played three games in quick succession.”