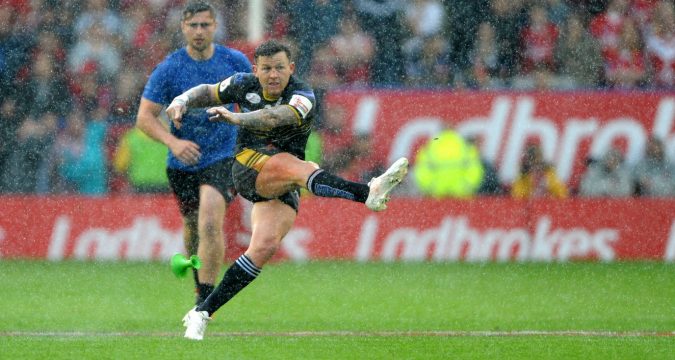 Former Salford and Catalans half-back Todd Carney’s NRL return has again been shelved – after he departed the club from whom it had been likely he would end his exile from the competition with.

Carney had left Super League at the end of this season to join North Queensland, who were willing to offer him a route back to NRL after he left the competition under a dark cloud several years ago: which resulted in him eventually moving to Catalans.

However, the half-back has decided to move back to Sydney in order to be closer to his family, leaving his options thin for a return to NRL rugby.

“Todd rang me and said that because of family reasons he needed to move back towards Sydney to spend more time with his mother and sisters,” Cowboys GM Peter Parr told NRL.com.

“He said he needed to make a decision that wasn’t based on football, and move. He didn’t ring up to discuss it. He rang up to tell me that he was going.

“We are disappointed. We have to accept that is what he’s going to do, but we have options and it doesn’t change a lot for us.

“We thought Todd would provide us good depth in a key position but at the moment we’ve got Johnathan and Michael Morgan in the halves, Te Maire Martin playing off the bench and one of the best players in the Intrust Super Cup at the moment in Jake Clifford.”