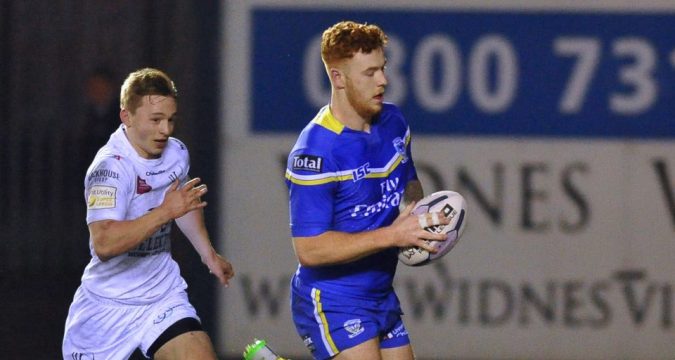 Harvey Livett’s Warrington future hangs in the balance with the youngster set to consider his options for 2019. Livett is out of contract at the end of the season and has so far failed to agree a new deal.

League Express understands the utility player is ready to explore other offers, with all out-of-contract players free to speak to other clubs from Tuesday.

The 21-year-old has grown frustrated with his lack of game time under Steve Price, having made just five appearances so far this season.

Livett is one of several Warrington players off-contract at the end of the season.

Kevin Brown, Mitch Brown, Dom Crosby, Declan Patton and Ben Westwood are all on the open market from May 1, with the future of all five remaining uncertain.

Patton, in particular, is set to weigh up other opportunities before committing to Warrington.

Meanwhile, Ben Currie’s horrific luck with injuries has continued after he was ruled out for the rest of the season following a recurrence of an anterior cruciate injury from last season.

Scans confirmed the worst for the England star, who will also miss the autumn Test series with New Zealand.

Currie suffered the same injury at the end of the 2016 season, resulting in him being absent for the majority of last year.

“Ben Currie is going in for an ACL operation on Wednesday, which is unfortunate,” Price confirmed.

“He won’t play again this year. He’ll come back bigger and stronger though; he has many good years left. He’ll be looked after by our footy club. He’s held in high regard. He’s a quality person and we know he’ll do everything he can to get back as quickly as he can, but it’s important he gets it right. I have all the confidence in our high performance staff to get him right for next year.”