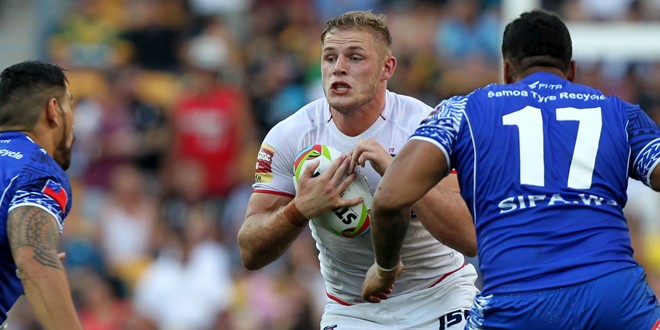 Burgess has been granted time off by his rugby union club Bath to help him make a decision on his next move, however it is believed that Burgess has already expressed his desire to end his spell in the 15-man code.

Speaking after England’s Test victory over New Zealand, Tom said: “Obviously he’s in a bit of a crossroads with what he’s doing with union.”

“He’s had a lot on; he’s gone from an NRL Grand Final into a Bath season into a World Cup. He’s probably a bit fatigued mentally and physically.

“I think he just needs a bit of a break to assess things and I’m sure he’ll make the right decision in the end. I think it’s important that it’s his decision at the end of the day. You can’t please everyone and I’ll back him whatever he does.”

For the latest development of this story, featuring news of one Super League team after his signature, buy this week’s League Express, in stores now.