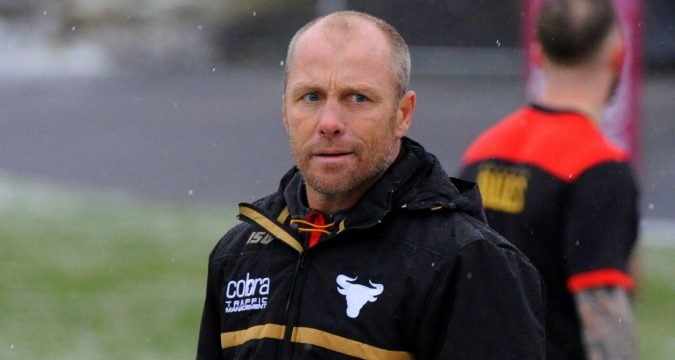 Geoff Toovey watched Bradford finally make it to zero points, and insisted “anything’s achievable” in their quest to escape the Championship relegation zone.

The Bulls ended a nine-match losing streak to overcome Oldham 47-12, ending a two-month wait to get to zero points.

Despite still being 10 points adrift of safety with 11 games to play, Toovey believes his side can produce a great escape.

“But it’s a very tough task being in the position.

“We had a lot of players leave the club due to the situation at the beginning of the year, starting on minus 12 was another thing and then someone thought it was a good idea to play Hull KR three times so the odds are against us.

“But we are willing to accept the challenge and I think we are capable of getting there. “Yes, it will be difficult, but we believe now we’re at zero it is possible.”

Toovey saved praise for Ethan Ryan, the free-scoring youngster who bagged four tries in the contest.

“He’s a good finisher of tries. He sometimes, I think, makes them more spectacular for the crowd than he has to, which is sometimes a bit of a coach killer. But he’s a great entertainer and the crowd loves him.”

A full report is in the new League Express, in stores now or online at totalrl.com/le.