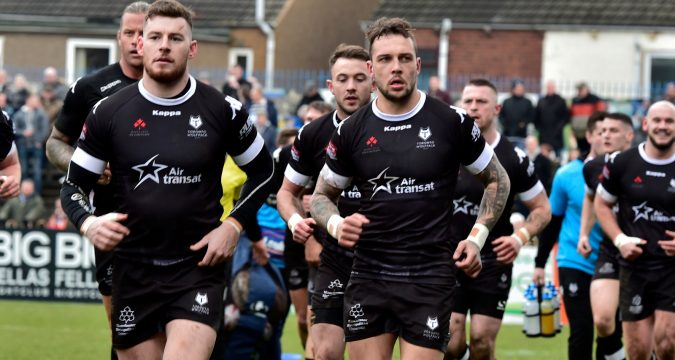 Toronto Wolfpack have confirmed their Championship fixture with Swinton next month has been relocated.

The Wolfpack’s Lamport Stadium is currently under maintenance and is undergoing field resurfacing, making the ground unavailable.

The club has already moved its fixture with Halifax later this month to a UK ground due to the work taking place.

Instead, the club will play at Fletcher’s Field in Markham, Ontario, 42 kilometres north of Lamport Stadium.

Toronto Wolfpack General Manager, Scott Lidbury, said: “We have been working with City of Toronto officials, our co-tenants Maple Leaf Sports and Entertainment and other key stakeholders to ensure this important resurfacing work, which will benefit teams and fans a-like, can be completed as soon as possible,

“We are really looking forward to playing at a revamped Lamport Stadium, and welcoming fans back to Liberty Village, in June. We appreciate our supporters’ understanding during this time.

“We were determined that if Lamport wasn’t ready then we would make a commitment to find ourselves a different venue in or near Toronto. This is massive for us and I know will be massive for our fans.

“The best bit about the whole experience is being in Toronto. After the Halifax game (on 28th April) we can’t wait to get back on the plane. We want to submerse ourselves into the community and reacquaint ourselves with the friends, sponsors and supporters in Toronto.”