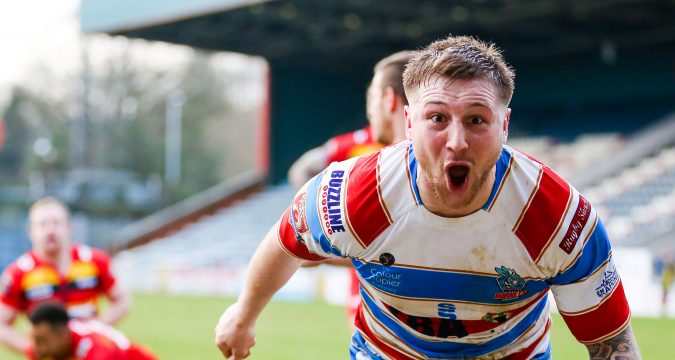 Few people would have tipped Rochdale to be top of the Championship at the end of round one.

But the Hornets stunned the rest of the division with a 46-0 annihilation of Dewsbury, and as a result become the first club to top the Power Rankings in 2017.

Alan Kilshaw’s side put in an exceptional display, and proved to everyone that aren’t in the competition to make up the numbers.

The French club entered the season as an unknown quantity, but it didn’t take them long to showcase just how dangerous a threat they are going to be with a comprehensive dismantling of Batley.

The Bulldogs finished third last year, and although there have been some big changes at the club, nobody anticipated what would happen on Saturday.

Toulouse’s clash with Sheffield on Sunday is their first test away from home, which will be intriguing viewing.

The Rovers might have only picked up a narrow victory, but the magnitude of their victory over rivals Halifax shouldn’t be underestimated.

Both sides put on a superb display, but Featherstone’s battling qualities got them over the line.

Those sort of characteristics on show so early in the year can only be a positive for Jon Sharp and the Rovers. The Rovers started their road back to Super League with a routine victory over Bradford Bulls.

Tim Sheens’ side will face bigger challenges on their quest back to the top flight, but this performance left fans cautiously optimistic moving forward.

Their trip to London at the weekend will prove to be a benchmark for where the Robins are.

Oldham have been tipped to struggle this year, but victory over Sheffield was undoubtedly a perfect way to silence those doubters.

The Roughyeds face a tough sequence of fixtures now again Featherston, London and Hull Kingston Rovers, so getting victory over the Eagles was crucial.

Check back next week for a bigger Power Rankings piece including Super League clubs too.