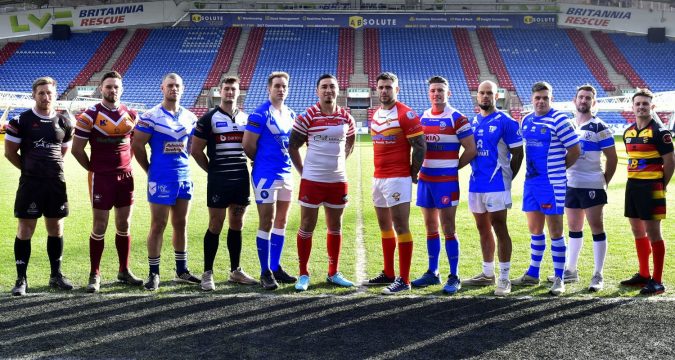 It’s that time of the year again – the dreaded predictions!

We’ve already put out our predictions for the Super League table come the end of this season – if you’ve not seen them already, click here – and now it’s time to have a stab at weighing up how the second tier will finish come the split for the Qualifiers. Which sides will be in the mix for Super League? And which will be battling to avoid relegation to League 1?

The increasing quality of depth in the Championship is making it increasingly challenging to tip the competition. That, of course, is only a good thing, with at least six viable contenders for a top four spot. I don’t see any side challenging Leigh at the top of the table as they are simply too strong. Toronto will put up a fight but their difficult pre-season will work against them. Toulouse and Featherstone will be the final two teams to make the Qualifiers, both have recruited well and, for my money, are a step ahead of London and Halifax this year.

Batley and Dewsbury will linger in mid-table and then it gets interesting at the bottom. Despite their recent troubles, I still think Rochdale will be OK. I’d actually tipped Sheffield to go down as recently as last week, but with Mark Aston seemingly working his contact book to its limits, they’ll probably end up putting together a squad capable of staying up.

That, sadly, leaves Barrow and Swinton. Don’t be too surprised if either avoid the dreaded drop though. Swinton, as a club, are in a good place and Barrow have some unknown quantities in their side, who could yet prove to be massive for them.

The Championship is a far more difficult division to call than Super League. In many ways, that makes it a more exciting and compelling competition to keep an eye on. At the top, there’s little doubt in my mind that Toronto and Leigh will lead the way as the top two – but the two sides that join them in the Qualifiers is fascinating. As many as four or five will harbour realistic hopes of being in the mix. I find it strange London have been written off in some quarters; they remain full-time and while their budget is smaller than last year, the side who finished second in 2017 should be good enough to make the four again.

The bottom two will be tight between a handful of teams, but Sheffield’s strong links with Super League clubs – including, rightly or wrongly, dual-registration – already look to be paying dividends before the season has started. That may save them.