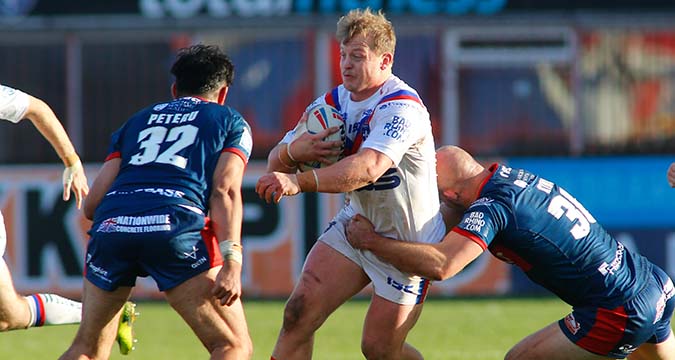 Wakefield Trinity have completed the signing of Eddie Battye.

The longest transfer saga of the off-season has finally drawn to a conclusion, with the Super League club finally landing their man.

London Broncos, Battye’s current club, were understandably keen to retain him, but a deal has been reached that will see the 29-year-old return to Wakefield after a successful loan spell at the end of last season.

It gives Chris Chester the valuable forward reinforcement he was looking for, with their search still likely to continue in the NRL.

Coach Chris Chester has made no secret of his desire to bolster the Trinity pack ahead of the season.

Battye, a Championship winner with Sheffield and the Broncos, impressed during the 2019 season as London were narrowly relegated.

Wakefield secured his services for the closing stages of last season after the Championship was declared null and void. He will now remain there on a permanent basis.