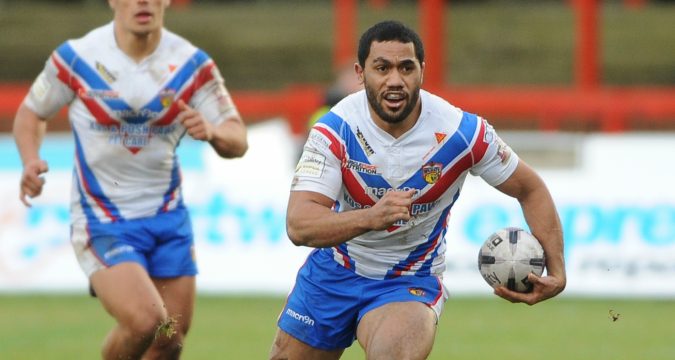 Bill Tupou has signed a new two-year deal at Wakefield.

The former Canberra Raiders centre joined the club in June last year and signed a new contract to take him until the end of this season following Wakefield’s survival.

However, new head coach Chris Chester was keen to secure the 25-year-old on a longer contract as he closes in on a return.

“I am delighted that Bill has put pen to paper,” said Chester. “He’s an important part of our team and I am looking forward to seeing him return to action in the next week or so.

“Once again this shows us how important it is for us to keep all of our best players to move forward as a club; Bill will play a big part in this team over the next couple of years.”

Tupou added: “I am very happy, it was a very easy decision for me and my partner. I came here around June last year and everything just clicked from there.

“Chezza (Chris Chester) is a good coach, he has brought the team together and by the looks of it everyone wants to stay because of him, everyone is performing because of Chezza. I don’t think I have played for him yet with my injury but he has seen a few of my games and he wants me to stay on. It is very pleasing for me and my partner and I am looking forward to staying on for the next few years.”