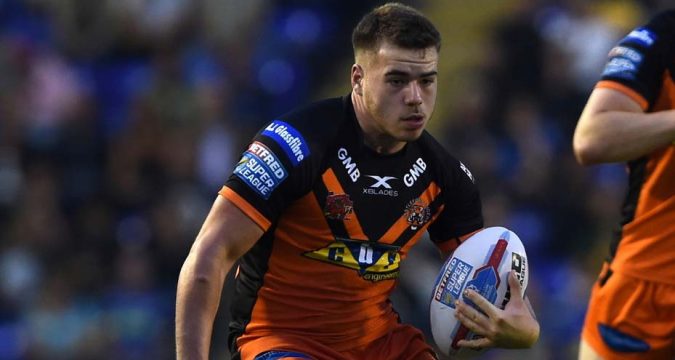 Castleford Tigers youngster Calum Turner will leave the club at the end of the season.

The fullback is off-contract at the end of the season and will leave the Super League club once his contract expires.

He now looks set to complete a move to League 1 club Newcastle Thunder next season, where he will be able to build his career after struggling for game time with the Tigers.

Turner made an impressive debut for the club against Warrington in 2018, but he has gone on to make just ten appearances since his debut.

The arrival of Gareth O’Brien on a short-term deal from Toronto appeared to be the final nail in the coffin for his Castleford career.

With Niall Evalds coming to the club next season, Turner will now turn to pastures new and a move to the ambitious Thunder will give him the chance for more regular game time.

The Tigers have so far confirmed the departure of Matt Cook, who has joined Widnes, while Mike McMeeken is expected to join Catalans Dragons next year.

Junior Moors is off-contract and isn’t thought to have currently signed a new contract with the club.