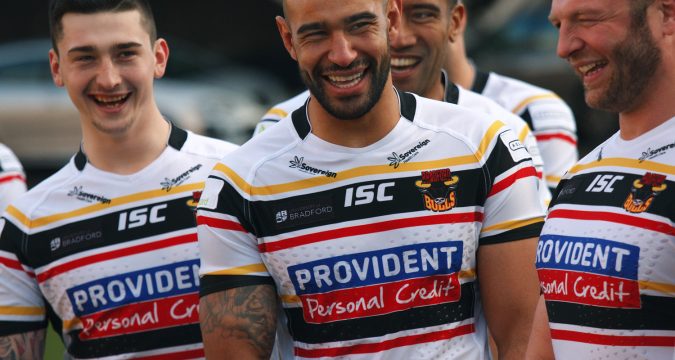 The announcement was made after the club fell back into administration last night following a six-point deduction.

Mark Moore, chairman of Bradford Bulls 2014 Ltd, who agreed a sale with the administrators last Friday, withdrew his offer and attacked the RFL for consigning them to ‘almost certain relegation’.

The RFL hit back and cited Moore’s failure to go through with a £300,000 offer to previous owner Omar Khan for the club’s latest crisis.

That left administrator David Wilson running the club once again, but the RFL claims bids are still on the table and there is a real chance the club will be saved.

Director of standards and licensing Blake Solly said: “There are still two bids on the table that the administrator can have a look at.

“We’re also working with a number of other parties who contacted us in the last 28 days expressing an interest in the club. We will be working with the administrator to try and ensure the club has a viable and solvent future.” “My desire has not changed from last week,” he said.

“To lead your great club. I am waiting for David to come back to me, hopefully by the end of this week.

“I have told him if the club needs support at the weekend with staff and personnel I’d bring some people up from London to help.”