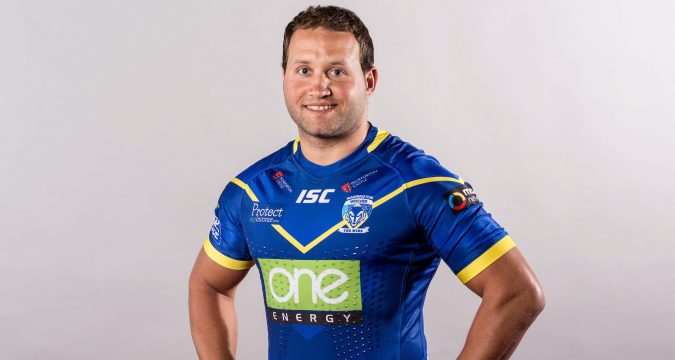 Warrington halfback Tyrone Roberts admits the opportunity to feel respected – and a glowing reference from Kurt Gidley – helped convince him to move to Super League.

The 26-year-old has become the Wolves’ marquee player for 2018 and beyond, having signed a three-year deal with Steve Price’s side.

He thrived in the NRL last year at Gold Coast – producing what he described as the best form of his career in 2017 – but told League Express he simply wanted to feel loved: and Warrington ticked that box emphatically.

He said: “I said to myself that last year was the best year of my career football-wise. But it’s not about the footy at times, it’s about the respect you get from a club and Steve and Warrington certainly made me feel wanted.

“As a player you want to be respected and wanted and they gave me and my family the opportunity to experience England and Super League. It doesn’t matter who I’m playing for, I just want to be happy.

“Once I’d made the decision, I spoke with Steve and he gave me the rundown of the club and where he wanted it to go. He respected me as a person and a player, he’s seen me play and he knows I can play and I look forward to linking up with him over here.”

Roberts is the latest big-name Australian half-back to sign for Warrington – and he revealed how a pep talk from one of his predecessors further convinced him to join the Wolves.

“I spent all my years at Newcastle with Kurt Gidley before he came to Warrington, so I had a really good chat with him,” Roberts explained.

“He gave me an insight into Warrington, and gave me some nice tips about the place. That was great and it helped – he was one of many people I spoke to about the move. He mentioned how there’s only 15,000 in the stands but it feels like 30,000 – and that’s what you want to play in front of as a player.

“I grew up in Newcastle and it’s more of a community-based team, and reading and hearing about Warrington it seemed like it was the same.”

Roberts is also hopeful his style of play will suit a competition which is generally considered to be more expansive than the NRL – and shrugged off any talk of his price tag bringing with it extra pressure.

He said: “Being a halfback, you live with pressure on a daily basis anyway. If the team is playing poor you’re likely to get the grief anyway so you just cop it. I just play off-the-cuff. I can’t tell you what I’m going to do, I just play – some things come off, some things don’t. But I hope the fans warm to that approach!”