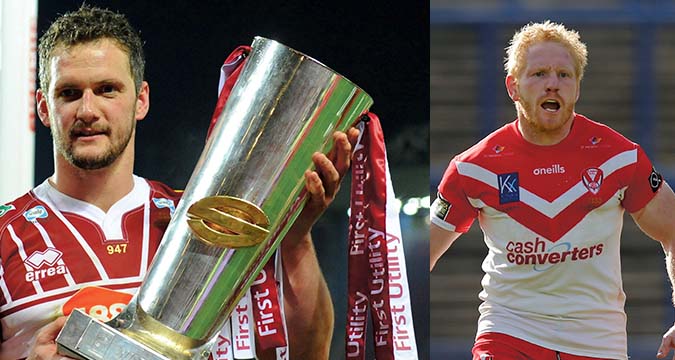 This week could see the curtain brought down on the careers of two greats.

Sean O’Loughlin and James Graham will, without question, go down as two of this country’s finest ever players.

Both have been captains of their country and their club, leaders and pillars of their teams for a generation and two of the world’s elite players.

It is rare that the Australians will give credit to the English. Perhaps the biggest compliment is that the Aussies are gushing in their praise for the pair.

Graham earned his respect from a stint in the NRL, O’Loughlin earned his on the international stage.

Whenever the pair bow out, this week or next, they deserve the utmost respect for their contributions to the game.

O’Loughlin will be recognised with his inclusion into Wigan’s Hall of Fame alongside the likes of Billy Boston, Ellery Hanley, Andy Farrell and Martin Offiah.

Time can be deceiving and emotive when people compare and contrast players of now to yesteryear, but there should be no questioning that O’Loughlin is well worthy of being mentioned in the same breath of those greats of the past.

The same should be said of Graham, the epitome of passion and emotion when out on the rugby field.

Graham is England’s most capped player in history, a fact that instantly puts him in the history books.

The only great shame in all of this is that their accomplishments will not get the send off they deserve.

You can guarantee that both Wigan and St Helens would have given them the send offs they deserve, whether that be at their home grounds or at Old Trafford, as it would have been in normal circumstances.

That, unfortunately, will not be the case this year. We can only hope that somehow, some way, both get the recognition they deserve from Rugby League supporters.

At League Express we would like to wish both players the very best of luck in their future careers.