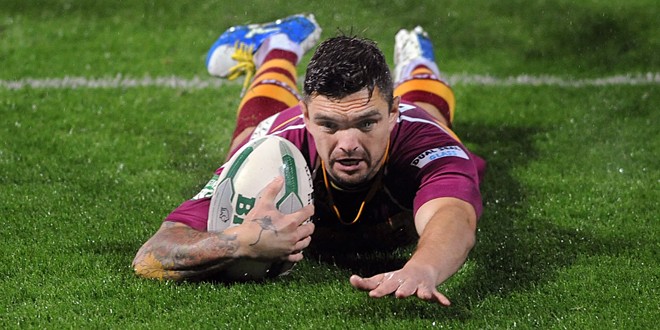 In a Nutshell
In a game of varying fortunes the Vikings kept their unbeaten record with a 22-20 victory against Huddersfield Giants.

How it unfolded
In a tightly contested match the Giants took an early ten-point lead with tries from Jermaine McGillvary and Leroy Cudjoe, with captain Danny Brough adding one conversion.
But the Vikings came storming back into the game in the final ten minutes of the half, with Rhys Hanbury and Paul Clough, the latter making his debut, touching for tries that were both converted by Danny Tickle.
In the second half the Giants took the lead again with Eorl Crabtree scoring from close range, and Brough converting.
And the Giants moved further ahead when Brough converted a penalty that was awarded when Willie Isa was put on report for a foul on Brough’s halfback partner Kyle Wood.
Brough added another goal before Joe Mellor scored, converted by Tickle, and then winger Jack Owens touched down to give the Vikings the lead at 22-20, with Tickle unable to convert Owens’ try with less than five minutes remaining. In a tense ending to the game, the Vikings held on for a memorable victory that keeps them unbeaten in Super League XIX