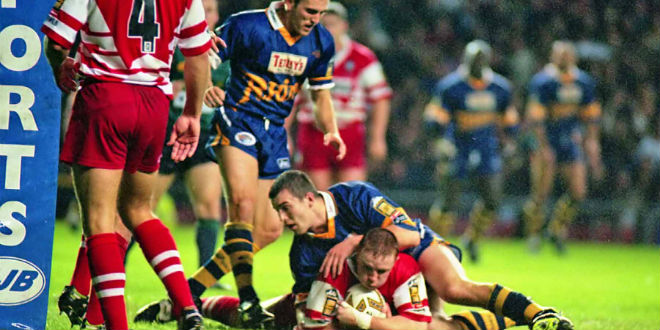 As you’ll have seen in this Monday’s League Express (if you haven’t, you can still pick up a copy with one click here), we’ve launched a huge new feature to find YOUR all-time Super League Dream Team.

The Dream Team is now an annual fixture in the calendar in Super League, but with the competition reaching two decades of age in 2015, we’re starting the hunt for the all-time top 13 players to have played in the league since it was launched.

Each week in League Express, we’ll be taking a look at a different position, and we’re starting with the No. 1 slot – the full-back.

There are some illustrious names on the list, and we’ve offered an explanation as to why each member of the polling could be worth your vote. To check out that reasoning and further details behind the series, make sure you get League Express each and every week.

But for now, why not launch the series by picking your choice at full-back? The poll closes on Sunday each week having begun as soon as League Express is released the Sunday previous, with a new position being voted on every week. We’ll reveal the winning team at the end!

Will it be Paul Wellens, Kris Radlinski, Michael Withers or even another member of this illustrious list who gets your vote?