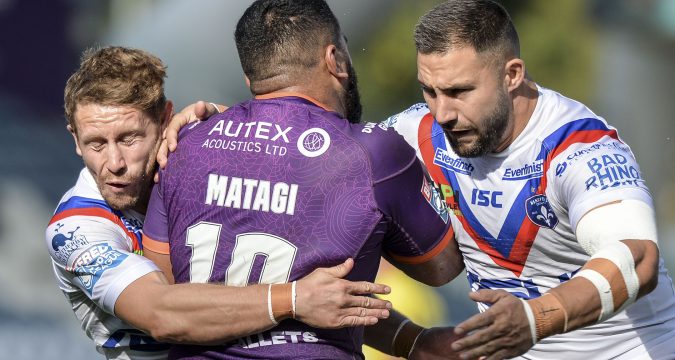 Kyle Wood says Wakefield Trinity are already looking to next season as they try to maintain their improved form until the end of the current campaign.

Having lost ten games running, Trinity beat Huddersfield, Hull KR and Leeds in the space of eight days before going down to a 20-18 defeat in their quick follow-up clash at home to the Rhinos.

“Once we got that win (against Huddersfield), it built up our confidence,” said hooker Wood, the former Giants player who is in his second spell at Wakefield.

“Winning has helped bring it back, and we’re enjoying matches again.”

Wakefield have two more scheduled, against Salford on Friday and Castleford on Thursday week, November 12.

And in an interview with the Yorkshire Evening Post, the 31-year-old, who has also played for Doncaster and Sheffield, added: “We’ve got to build on this going into next year.

“We have to keep training the way we have been training keep the smile on our faces, and carry our improved form into next year.

“We have focused on little areas, those one per centers that can get a win. We were really honest with each other and we weren’t doing some of those things earlier in the year.

“It has given us a real emphasis on what we need to do.”

Wood said of his own form: “I’m just trying to be as consistent as I can and do what’s best for the team.

“I think the way the forward have been going recently, it really helps my kind of game.

“We are winning battles in the middle and getting quick play-the-balls for me and that helps me as I can get out from dummy-half and create something.”