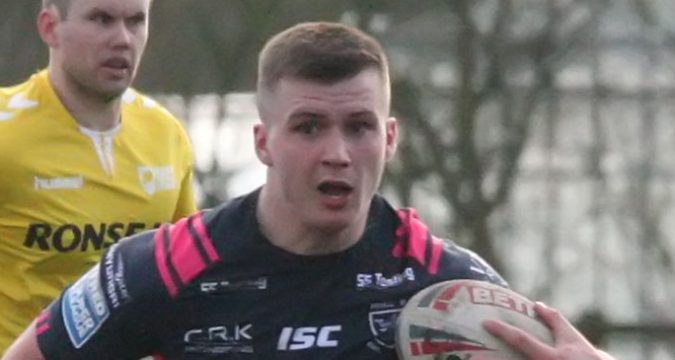 At just 19 years of age, Hull FC Academy product Connor Wynne is tipped for big things, with Jamie Shaul’s anterior cruciate ligament injury meaning that Wynne will probably be called on to step in for Shaul in some or all of Hull’s remaining games this season.

Since then he has been able to learn his trade from Shaul and Wynne is grateful for the opportunity.

“Jamie (Shaul) helps me a lot; with him having so much experience winning back-to-back Challenge Cups and having been Hull’s number one for such a long time, he’s great to learn from,” said Wynne.

“Of course, the aim is to get as much game time as possible, but the great player he is means it will be very hard to get in front of him.

“But I am young and I’ve just got to keep working and training hard to show the coaches I am ready whenever they need me.”

It’s been a long journey for Wynne since joining from Skirlaugh four years ago, but the teenager is confident in his own development, with his time at both the merged City of Hull Academy and on dual-registration at Doncaster contributing to his progress.

“I’ve improved a lot since I first came to the club; obviously, working with older players and more experienced coaches, I’m going to end up being taught by the best.

“Progressing through the Academy and then joining the City of Hull merger was interesting, but it gave me valuable knowledge that I have been able to use when I got on the field.

“Doncaster was a great place to be around, especially working with (coach) Richard Horne, who has done everything in the game.

“The player he was in his prime meant that it was unreal to learn from him. It helped my game massively and I’m just looking to kick on now and put what I have learned into practice.”