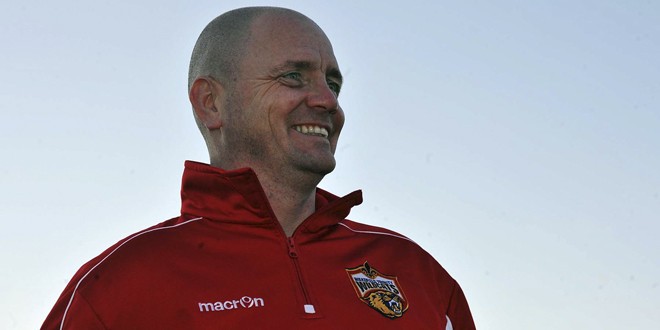 Wakefield Trinity Wildcats chairman Michael Carter has maintained he will quit Rugby League should the Bradford Bulls succeed in overturning their points penalty for going into administration.

Carter told journalists two weeks ago that he would walk away from the game should new owner Marc Green be able to eliminate the six competition points the Bulls were docked as a result of the administration earlier this year, and he told Sky Sports that it is a view he still stands by.

“We’ve done things the correct way; we were facing a similar situation last August where we facing administration at the time, but we chose not to go that way – which was our own choice,” he told Boots N All.

“It’s been really tough, and for somebody to go into administration after us and face no penalty, in my opinion, that is not right and not correct.

“We were offered a loan to pay off some of the major creditors we had at that time – including HMRC and the kit supplier – we took a loan of £250,000 out and that was secured by a charge on my house and the other director, Chris Brereton. Those charges still remain; we’re paying that loan off and when the new TV deal was announced we didn’t take all that money.

“We made sure that more than half of that money was paid straight off. We went through a very hard process and for there to be no penalty for going into administration is not correct.”

When asked if he would still walk away should the Bulls get only a fraction of their points deduction returned, he said: “I haven’t really thought about that; I’m expecting the worst case scenario for me as an owner of Wakefield. I’m expecting them to get the points back.”