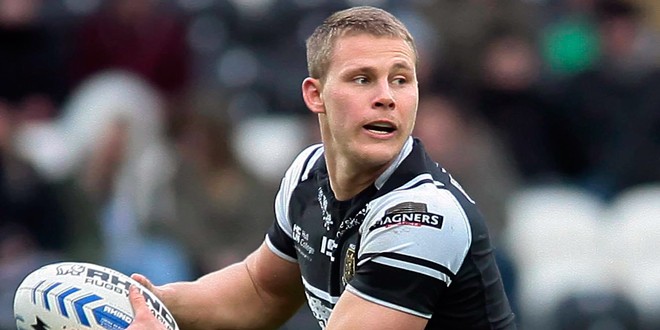 Hull FC half-back Jordan Rankin has called for patience as he and halves partner Jacob Miller begin to put together a long-term pairing at the heart of FC’s creative setup.

The two Australians have played together in the halves for the last four outings, and have largely impressed as the Black and Whites continue to push up the table. Amazingly, they are already the fourth combination head coach Lee Radford has used so far this season.

However, Rankin and Miller look set to hold onto the roles for the foreseeable future, and that has led Rankin to declare that he and Miller are slowly improving as a pair, and will continue to do so the longer the season goes on.

“It takes time to build a half-back partnership,” Rankin said to the Hull Daily Mail.

“But in our favour, Jacob and I have played together before so we’ve been able to build on what we had before, and slowly we’re getting back into it. Our communication is getting better every week.

“Once we are all on the same page, we will be a threat when the play-offs come around. We’ve had the chance to play with each other for the last three or four weeks and I think we’ve done pretty well.

“Now it’s up to us to keep our spots in the team. There is pressure on us but pressure makes us play better. Jacob and I know we have to perform every week otherwise we won’t be in the team.”