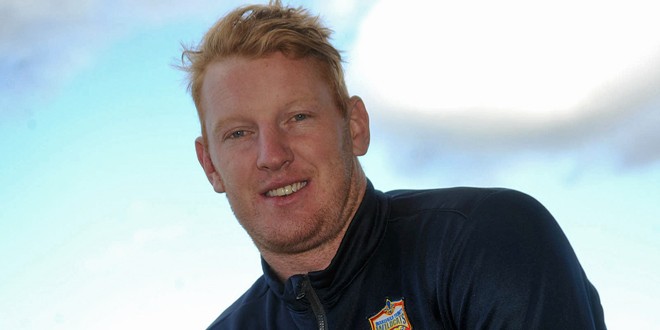 Wakefield Trinity Wildcats have been dealt a blow, after coach James Webster revealed that forward Matt Ryan will miss the remainder of the season due to a shoulder injury.

Ryan has impressed for the Wildcats in 2014 but, after Webster revealed he has been playing with the injury for the last few weeks, the club have taken the option to put him in for surgery now, to ensure he is right for pre-season next year.

“He’ll go in for an operation next Wednesday so that will be him for the season,” Webster said. ”He’s done a good job for us but it probably typifies our season in that we’ve had to patch people up for a long period of time but we don’t have to do that anymore.

“We’re looking at pre-season next year for Matty and we want him back for the first day of pre-season. We probably see that as more important than what the rest of the year holds.

“He’s had it for a while and didn’t want to know the full extent until I made him go and get a scan – he wanted to carry on playing. But he can’t hold onto the ball, you saw that when he dropped the ball in the act of scoring [against Catalan].

“I thought it was cruel watching him play in that while his effort and commitment to the team was outstanding, it’s just not fair on him anymore.”