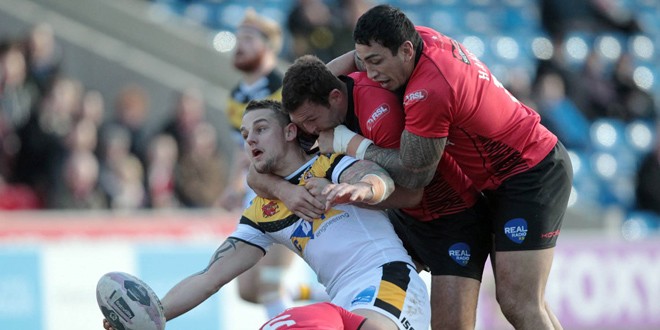 Wakefield Trinity Wildcats are have added to their squad before this weekend’s clash against Castleford, by signing utility back Richard Owen from the Tigers until the end of the season.

Owen – who has in impressive six tries in just five appearances so far this season – has found chances hard to come by on a regular basis under Daryl Powell this season, and will make the leap across West Yorkshire to help the Wildcats pull further away from the relegation zone.

Amazingly, he could make his debut for the club against the Tigers this Sunday at Magic Weekend, having trained with the Wildcats today. He looks set to go straight into their 19-man squad, and will provide healthy competition for the backs.

Owen has made 112 appearances for the Castleford club since making his debut back in 2008. He has scored 57 tries, and admits it was time for a new challenge after eight seasons with the Tigers.

“It’s been really good, I know a few of the players from playing against them and they’ve been very welcoming,” Owen said.

“I did eight years and Castleford and it’s a new start and a new challenge. I think it’s what I needed and it’ll do me the world of good. It’s a growing club here; they haven’t had the best of starts and are just starting to hit some form. It’s something I want to be part of.”