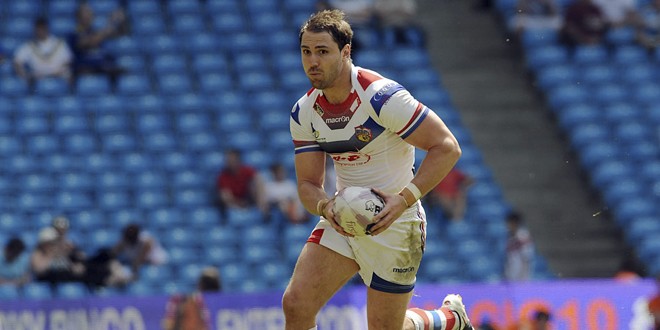 Wakefield Trinity Wildcats centre Dean Collis has had the extent of the knee injury suffered at the Magic Weekend confirmed, with the Wildcats star set to miss the next 10 weeks of action as his side battle to beat the drop.

Collis suffered the blow whilst jumping to claim a high ball during Wakefield’s defeat to Castleford at the Etihad Stadium, and a scan has confirmed he is set to be a long-term absentee for Richard Agar’s side.

“Dean is not great news,” Agar said. “He’s got an injury to his patella, and some slight ACL damage. He’s going to be out for around 10 weeks unfortunately. It’s a long injury – he’s only played five or six games this year and had a few different injuries.

“It’s a tough one for us to take, because we’ve a lot of guys on our edges that possess a lot of threat who are currently unavailable to us.”

Agar also confirmed Ali Lauiititi is still absent due to injury, and he admitted he could not confirm when the likes of Jimmy Keinhorst and Reece Lyne will return from injuries, either.

“Jimmy Keinhorst is getting close to returning from injury but it’s a delicate one so I’m not going to put a timescale on that. Nor am I with Reece Lyne, who seems to still be getting a lot of soreness in his toe when he runs.”

Agar also confirmed Lucas Walshaw is a doubt for the trip to Bradford with a shoulder injury.