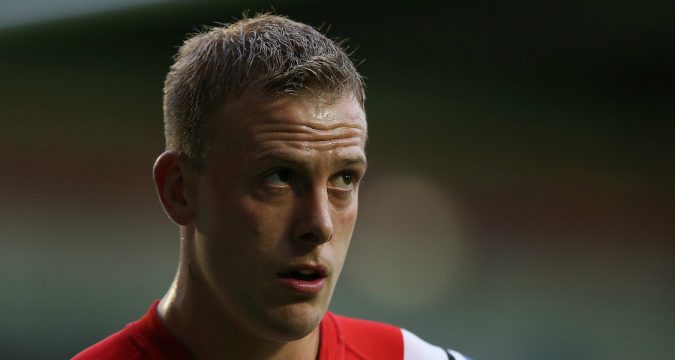 Wales are already in camp in preparation for their 2017 Ruby League World Cup Pool A qualifiers against Italy and Serbia, and international with Jamaica at Wakefield.

Their 22-man squad sees the return of Super League stars Gil Dudson and Lloyd White along with the bulk of the players who lifted last year’s European Championship.

Craig Kopczak will skipper the side again with Phil Joseph, who has just re-signed for Bradford Bulls, as vice-captain.

Head coach John Kear, who is looking to become the first man to lead three different nations into a World Cup, commented: “I’m really pleased with the look of our squad, the addition of the likes of Gil Dudson and Lloyd White will make us stronger as a unit and will also help some of the younger players.

“It is an important period for Wales but our group is a very hard working one and there is always a good atmosphere in camp. We want to build on our achievements last year.”

Lewis Reece is thoroughly enjoying being back in the national team environment. “It’s always the time of the year that I look forward to the most,” he said. “The win over France last year at Cardiff Arms Park, in my home town, is something that I’ll never forget.

“It’s good to have players like Gil and Lloyd back. They’re both established Super League players and are home grown boys. I played at the same community rugby club as Lloyd, so I know him well and have a lot to do with him outside of rugby. The last time we played together with Wales was in 2010.

“The coaching staff here are great. They’ve brought tradition and the Welsh dragon into camp. They’ve really got the boys together and I’ve not been coached like it before. They encourage you and John will always take time to have a chat and help me.”