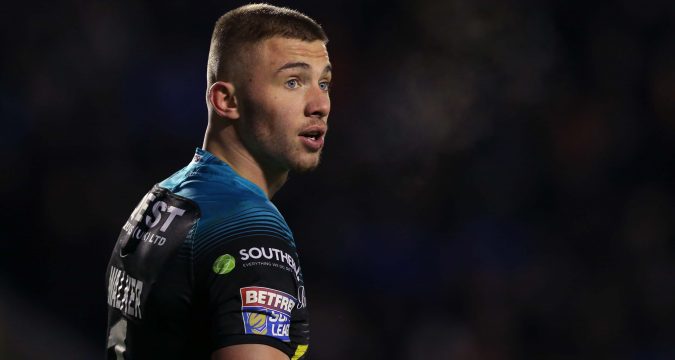 Leeds Rhinos fullback Jack Walker is set to undergo another shoulder operation in the off-season.

Walker is one of four Rhinos players set for post-season surgery.

Callum McLelland (ankle), Alex Sutcliffe (shoulder) and Tom Holroyd (wrist) will also go under the knife as the club prepares for the off-season.

Walker, 21, underwent a shoulder reconstruction in April as part of a double surgery alongside foot surgery, which kept him out for six months.

But he is now set for more work on both of his shoulders, which is expected to put him on the sidelines for three to four months.

It is the latest injury setback for the young fullback, who won his first Grand Final at the age of 18.

Walker has suffered a string of injuries in the early stages of his career and managed just ten appearances this season, with the form of Richie Myler seeing him left out of the Challenge Cup Final squad.

Walker is now set to miss the start of the Rhinos’ pre-season campaign, with Richard Agar set to welcome his squad back on January 4th.

The Rhinos’ off-season is likely to be focused primarily on the addition of a forward, with the club keen to bolster its pack before the start of the season.

Though no business is currently on the horizon, it’s understood the club is continuing to assess the market and wait for the right player to emerge.

Last week the Rhinos agreed a new two-year deal with Bodene Thompson, who joined the club in the middle of the year from Toronto.