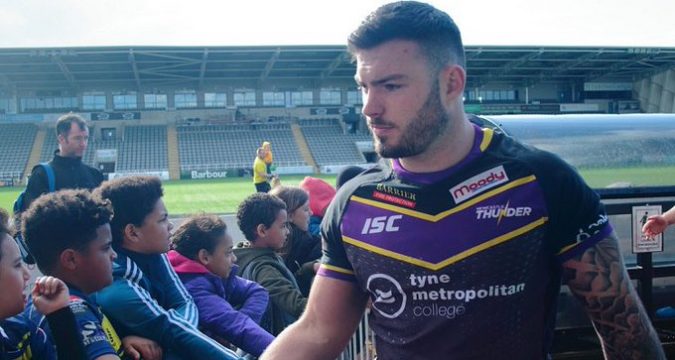 A race for a highly-rated League 1 forward is set to come to a culmination this week.

League Express understands Sam Luckley is being chased by four Super League clubs, with a move to be finalised by the end of the week.

The Scotland international, 24, is a free agent having agreed to join Ottawa Aces next season.

Their deferral saw him emerge on the market and there has been a clammer from clubs to secure his signature after dominating League 1 with Newcastle Thunder.

Luckley has been a regular for Thunder since his debut in 2016 and is set to be given a chance to cut his teeth in the top flight next year.

Props are in high demand across Super League this year, which has left Luckley being courted by the Super League quartet.

A dynamic ball-carrier and aggressive in defence, Luckley will be the latest player aiming to make his mark in the top flight after earning his stripes in the lower leagues.