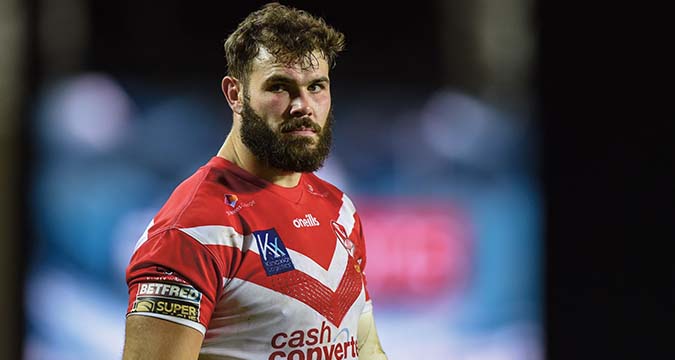 Alex Walmsley has returned to full training after a quick recovery from post-season surgery.

Walmsley, one of Super League’s standout performers of recent seasons, underwent an operation shortly after the club’s Grand Final triumph to repair a knee cartilage.

Walmsley, 30, suffered the injury in the semi-final win over Catalans, memorably appearing to collapse several times before carrying on.

Despite that, he put a big stint in as Saints went back-to-back, and has now recovered to return for pre-season training.

“It feels really good,” Walmsley said of the knee.

“It was really important we got the surgery done as quick as we could. Thankfully now I’m back in fully fit and strong and I’m hoping for a really good year this year.”

He will have a new pack partner when action does commence with the arrival of Agnatius Paasi, an off-season recruit from New Zealand Warriors.

“When we announced his signing it was really exciting,” said Walmsley.

“We can all see what type of ball carrier he is; he’s really explosive with the ball and gets us going on the front foot.

“But he backs that up with a really good skill set as well. He’s got silky hands and I’m really excited to play alongside him. I think we’ve got good middles and a good group of players who complement each other in different ways and I think we’ll all be better for that.”