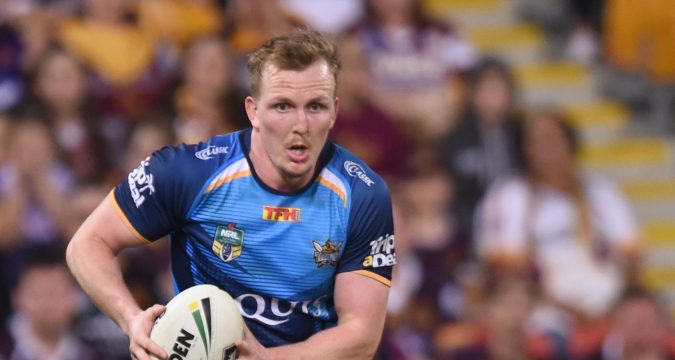 Shaun Wane has praised the influence of Dan Sarginson after giving his teammates a “big lift” following his return to the club.

The England international has re-joined the Warriors after an unsuccessful spell in the NRL and has had a big impact at the club since his return, according to Wane.

His arrival has attracted criticism from some fans, but the Wigan coach expressed his delight at re-signing the 24-year-old, admitting he was “proud” to have him back at the club.

“I’m very happy with him, he’s given us a big lift. He lifts our standards in training and I’m really glad we’ve got him back.

“I thought he’d gone for good once he went to the NRL. I’m so glad we’ve got him back. He’s a class player and an absolute competitor so he fits in with our culture perfectly. I’m so proud to have him, he’s a real popular member because he just drives standards so high. He’s a perfect fit for a Wigan player.”

Buy League Express today to find out what Shaun Wane had to say on Frank-Paul Nu’uausala’s future with the club. Buy in stores now or online at totalrl.com/le.