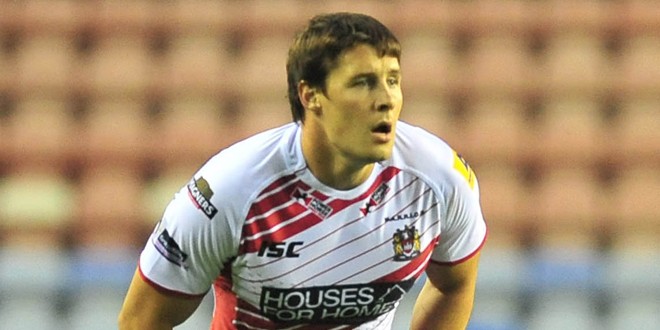 Wigan Warriors coach Shaun Wane has confirmed that Joel Tomkins is set to miss six weeks of action to due minor knee surgery.

Tomkins picked up the injury in a recent pre-season friendly, meaning he will miss the opening weeks of the new season – which starts for Wigan against Catalans on Friday.

“Joel’s out for about six weeks – he damaged his knee in the game last week. He’s had a minor operation, nothing serious but he’ll be out for a while,” said Wane.

Wane did stress however that he’s got plenty of cover for Tomkins’ absence – but says he hasn’t decided who will step into the England international’s shoes just yet.

“We’re ok in that position, I’m not concerned about that area of the field. I feel sorry for Joel because he’s trained really well and hasn’t missed a session all season, and he’s been a real leader in pre-season.

“It’s unfortunate he’s out because he’s earned the right.

“I’ve not decided whether to put Willie Isa or John Bateman in there as of yet. Willie can play there and he knows about the basics of that position – he’s a very good trainer and very competitive too.”