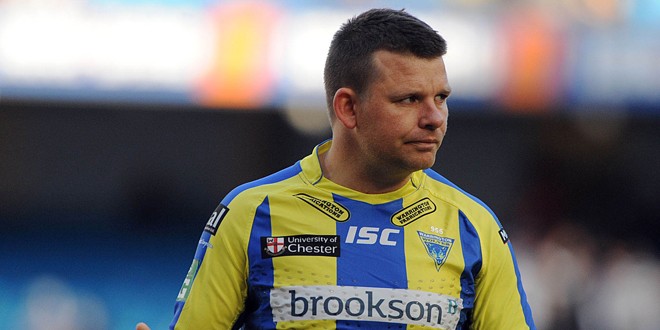 Warrington have called upon the expertise of legendary half-back Lee Briers to steer them towards success in 2014.

Whilst Briers won’t be stepping out onto the pitch in the famous primrose and blue again, he will be working with the club’s current batch of pivots to ensure that they success wherever they can with their kicking game.

Wolves co-captain Michael Monaghan insists that the kicking game has been one of their major downfalls so far in 2014, and the experience of Briers will be invaluable in the hunt for trophies.

“It’s an area we need to improve in. The boys are putting in a lot of hard work, staying back after training and doing kicking before training,” Monaghan told the Warrington Guardian.

“And Briersy’s been in doing work with the kickers. We’d had him predominantly doing the kicking for the past decade and more, and it’s tough to expect people to fill those boots straight away.

“Saying that, we need to be better at it regardless of who is on the field.”

He added: “A lot of it is not just the kicking, it’s setting up for it and getting ourselves into positions to be successful with kicking, so it’s about the other guys around the kickers too.

“We’re working hard on it again this week because on Sunday it will need to be one of our strengths.”