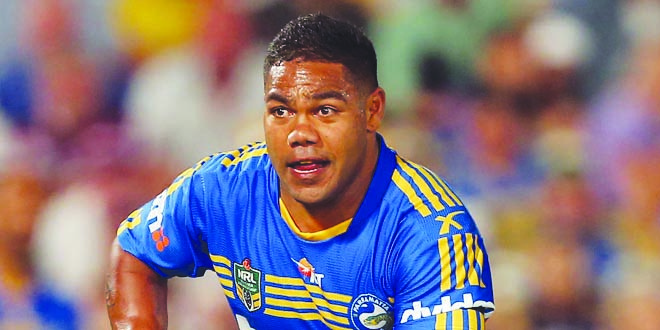 Warrington Wolves have confirmed the signing of Parramatta Eels halfback Chris Sandow for the remainder of this season and on a two-year deal for 2016 and 2017.

The Wolves are looking for Sandow, 26, to join the squad in time for this season’s Super 8s, however, this is subject to his visa being processed in time.

The goal-kicking halfback made his NRL first-grade debut in 2008 for the South Sydney Rabbitohs picking up the Dally M Award Rookie of the Year Award.

He joined the Parramatta Eels in 2012.  This campaign has seen him make 16 appearances to date with four tries and 33 goals. He was also running joint fourth on this season’s Dally M leader board before voting went behind closed doors.

Head of coaching and rugby Tony Smith said: “He’s a very exciting prospect. He is playing at the top of his game in the NRL picking up man of the match performances. Getting the chance to work alongside somebody as exciting as him is an opportunity that doesn’t arise too often. I think he fits our mix. He is a player who plays off instinct and reacts to what the opposition does. He’s got some spontaneity about the way he plays that’s very much similar to my philosophies in terms of attacking prowess. He has got a super kicking game, which at times has probably been an issue for us, so it’s an opportunity to strengthen that as well. He’s a very accomplished goal kicker as well as a general field kicker. We feel that he’ll add a lot, to a lot of areas within our game. He’s the right person at the right time.”

Sandow added: “I’m really excited to be joining the Warrington Wolves. Tony Smith has been a big part of my decision to move to England. I’m looking forward to working with him and getting stuck in with the boys.

“Lots of people in Australia talk about the passion of English crowds, the noise and atmosphere at Rugby League games, hopefully I can add something to the team as we make a charge towards the title.

“My first overseas trip was to England in 2006 with the Australian Schoolboys and I loved it. Meeting all of the Wolves’ fans is going to be a lot of fun. I can’t wait to get started.”