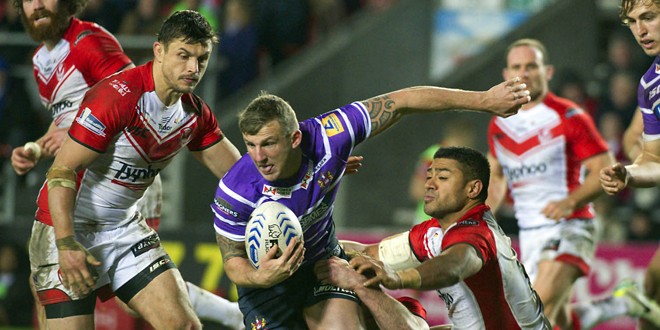 The 20-year-old, who scored a try in Wigan’s victory against Wakefield a fortnight ago, has impressed coach Shaun Wane this season, particularly against New Zealand Warriors in the World Club Challenge warm-up, but is currently the club’s third-choice winger behind Josh Charnley and Joe Burgess. The reigning Super League champions are hopeful some first team action will see him improve further.

Wigan rugby manager Kris Radlinski said: “This is a great opportunity for Dom to gain some regular football at the highest level and he will come back to us in a month’s time with valuable Super League game time under his belt.

“When [Salford owner] Marwan Koukash approached us we jumped at the chance for Dom to join them. Dom has impressed with his willingness to learn and work hard. Under this agreement with Salford he will play the next four weeks against some pretty stiff opposition and that can only benefit his long-term development.

“When I discussed the possible move with Dom, you could see he was genuinely excited to test himself. I am sure he will do a great job for them and we then look forward to welcoming him back and for him to play an important role throughout the season at Wigan.”