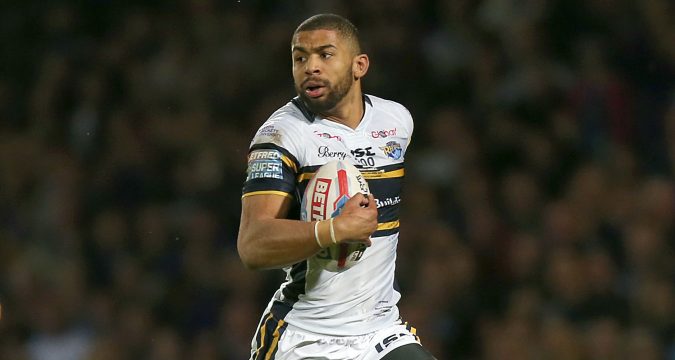 Kallum Watkins will class mentor Danny McGuire as an enemy for the first time in his professional career tonight: but the Leeds Rhinos captain knows exactly what to expect from a man who he has celebrated many a success with over the last decade or so.

McGuire returns to Leeds as an opposition player tonight for the first time since ending his career-long stay with his hometown club at the end of last season, as the Rhinos aim for back-to-back wins at the start of the new season against Hull KR.

And on what is sure to be an emotionally-charged night at Elland Road – home of McGuire’s beloved Leeds United – Watkins has stressed that Leeds are expecting the very best of one of their greatest-ever players, as well as hoping he gets the reception his exemplary service to the Rhinos deserves.

He said: “He deserves a fantastic reception from the club and the fans. Maggsy has been fantastic for Leeds and hopefully he can instil that into Hull KR as well.

“He’s a big Leeds United fan too so it will be a dream for him to play at Elland Road again, but strange as well because he’ll be playing against all his mates.

“It will be interesting and we’ll have to deal with the best of him. He’s a quality, quality player and he shows it in big games on the biggest stages – he always turns up.”

Watkins has also revealed how, despite leaving Leeds after their Grand Final win last October, McGuire has been a pivotal figure in his transition into captain of the Super League champions.

He said: “He’s helped me a lot with becoming captain and a leader – I look up to him and did do for 10 years. He was a massive leader for our team throughout that time and showed what a superb player he is.

“When I first started I just remember that he was an incredible sportsman – he’s really good at every sport he tries.

“The past two years were tough – the first year he was injured most of the time so he couldn’t get as involved as he would have liked on the field.

“Then 2017 was a big year for him, knowing early that he was going to move on and wanting to go out the best way he could do – but he certainly did that. It feels kind of crazy, but I’m looking forward to it.”