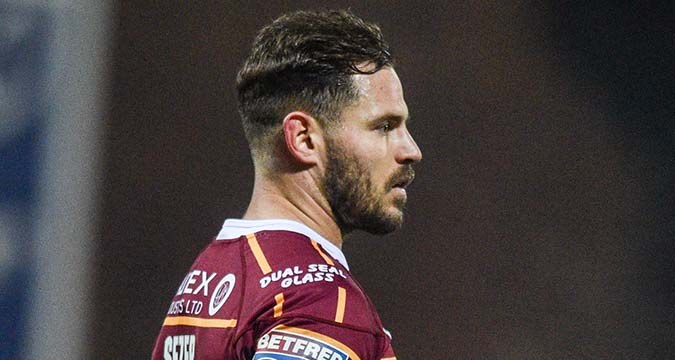 Huddersfield Giants coach Ian Watson is putting talk of star Australian halfback Aidan Sezer returning to the NRL with Brisbane Broncos on the back burner.

The Giants chief insists his sole focus is on the present as he aims to propel his charges into the semi-finals of the Challenge Cup and up the Super League standings after a sluggish start to the campaign.

Sezer became Huddersfield’s first marquee signing when he moved from Canberra on a two-year deal ahead of last season, when compatriot Simon Woolford was at the helm.

The 29-year-old, who played for the Raiders in their 2019 NRL Grand Final defeat by Sydney Roosters, had a stellar first year, making the Super League Dream Team after pulling the strings for the Giants and scoring seven tries in 17 games.

The Canterbury Bulldogs product, who made his NRL bow with Gold Cast Titans in 2012, missed the first three matches of this year with a groin injury, but made his third appearance at home to Leeds on Sunday, scoring thirteen points with two tries, a conversion, a penalty and a field-goal in the Giants’ 14-13 victory – their first of the season – over Leeds Rhinos.

Watson said: “From what I’ve been told from Australia, his agent has offered him up to Brisbane. That’s up to them; I can’t control any of that.

“It doesn’t worry me. Aidan’s his own guy and will make his own decisions that he feels are the best for him and his family as he goes forward.

“For the moment, he’s here with us and we treat him as a Huddersfield Giants player until we’re told anything different.

“If Aidan wants to go on to other things in terms of the NRL, what he’s got to do is perform for Huddersfield so people do want to be attracted to him.

“Aidan’s obviously had a late start to the season, so hopefully he’ll be able to settle down.

“But for me, he’s got to focus on his own performances for Huddersfield. Everything else will be taken care of by everybody else.

“I don’t think it’s a concern for me or for Aidan at this moment in time.”

Other Huddersfield players out of contract at the end of the season include Lee Gaskell, Darnell McIntosh and Josh Jones.