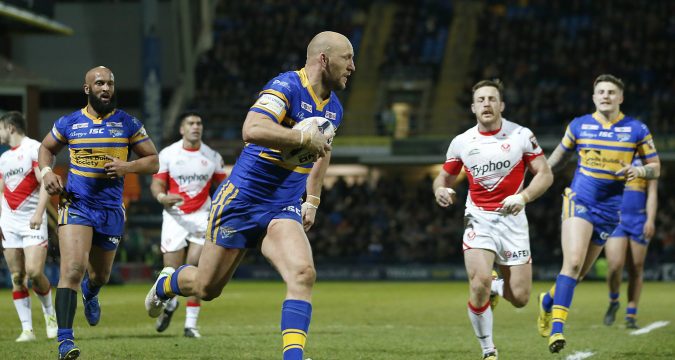 Leeds Rhinos forward Carl Ablett insists the Leeds squad will start to see the benefits if they continue to train at their current levels.

The Rhinos picked up their first victory in five matches on Friday as they defeated Hull FC, a victory that moved them up to tenth in Super League.

With Brian McDermott’s side attempting to cut the deficit between themselves and eighth place, a spot currently occupied by Salford on ten points, Ablett insists the key to ensuring a return to their best all starts on the training field.

“The work ethic has always been the same,” he said.

“Win, lose, or draw, you come in and make the most of the day. I don’t think during this time we’ve slacked off or made excuses. We know as players we need to get better.

“We need to come in each day and make the most of it, work hard and keep the belief that comes off the back of that.”

Leeds have perhaps been a victim of a much improved Super League competition, with the league’s traditionally weaker teams showing great signs of improvement this year.

And Ablett acknowledged that the days of winning with mediocre performances are in the past.

“The teams are very close now and there have been some weird results that you wouldn’t expect. Some teams are going on three or four game winning runs and there are some results you’re scratching your head at.

“I don’t think we’ve been blown away often, but it doesn’t make good reading for us players saying we’re nearly there. We need to turn those nearly games into victories. So we need to work hard and get some wins.”