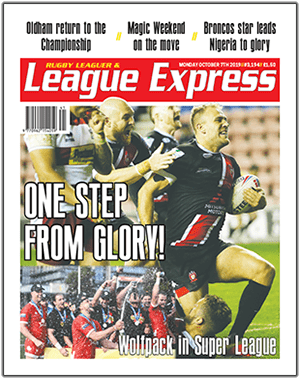 It’s been one of the most significant weeks in rugby league’s recent history: both on and off the field.

And there is no better way to both recap on what’s happened, as well as look forward – with the latest big, breaking news in between – than with the new issue of League Express.

Available to read via Pocketmags or the League Express app from around 9pm on Sunday night, here’s what’s in store: