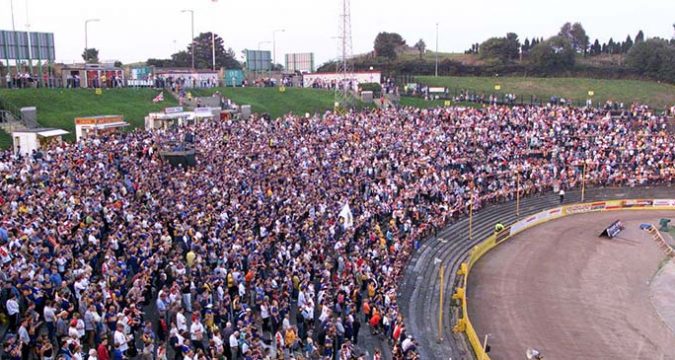 How should Rugby League plan for the future, when we have no idea when we will next be able to watch the game on the field?

At the moment, any thoughts about the game resuming this season’s league programme is complete guesswork.

The RFL is apparently trying to make plans for the game being able to resume at various dates from the beginning of June onwards.

You’ll notice on this website that we are asking our readers to vote in this week’s League Express Readers’ Poll on when we will be able to get the season up and running again.

Of the response so far, 33 per cent are expecting to see the season resume in July, although the second most popular response is that we won’t see Rugby League played again before 2021, with 24 per cent of our readers voting that way.

My fear is that we might not be able to get underway again before an effective vaccine has been developed that can guarantee the protection of players and spectators.

Only a small proportion of people are being tested, and of course the priority has to be NHS workers. But the fact is that we can only be sure that the virus is no longer a threat when it has been eliminated. And none of us know when that will be.

Gary Hetherington was widely quoted recently as saying that we might get the game underway again later this summer, and that we should expect to see our clubs playing three games per week to catch up on those games that haven’t yet been played. He also said that people shouldn’t object to that proposal on the basis that such an intensive programme of fixtures would have a serious effect on player welfare.

Inevitably Gary came in for some criticism for that opinion from several sources.

From my point of view, I simply don’t see the possibility of the current season being finished in full in 2020, even if we extend the season to the 31st December.

I think we need far more creative thinking that will allow us to make a big impression when we return to action.

The vast majority of clubs, whether in Super League or the Championship, are now furloughing their players, who will qualify for government support of up to £2,500 per month.

The only clubs that don’t qualify for that support are the clubs based in France and Canada, so the coronavirus is particularly tough for them. If you saw our League Express story on Toronto, which was reprinted on this website, you’ll realise how much the virus will cost the Wolfpack owner David Argyle. If he is prepared to shoulder those costs, it says an awful lot about his commitment to his club and to the game.

The Australians are hoping to get the NRL competition back underway from 28 May.

In order to do it appears that they intend to play at four venues in South-east Queensland and take steps to isolate the players so that they, in theory at least, won’t be able to catch the coronavirus and they will be able to play games behind closed doors.

The NRL has already had a week of playing behind closed doors, and in my view the absence of spectators completely destroyed the whole experience of watching Rugby League on television.

The problem is that when you play games in front of no crowds at all, you inevitably lower the value of your product.

The NRL, and the RFL for that matter, should be very wary of doing that.

This article is an extract from Martyn Sadler’s ‘Talking Rugby League’ column in this week’s League Express. Check out League Express for his latest column this Monday. You can take out a subscription, either for the printed version or the digital issue, here.