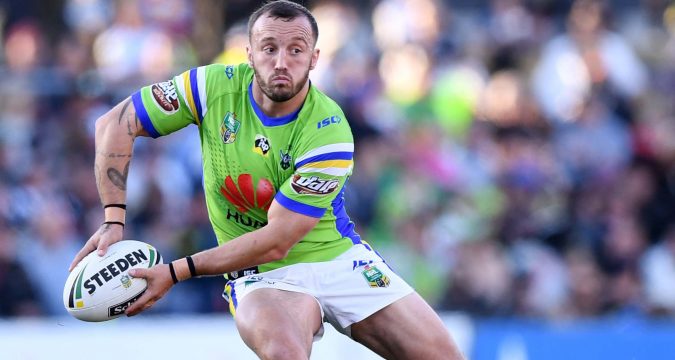 Roger Tuivasa-Sheck became the first New Zealand Warrior to win the coveted Dally M medal on Wednesday after a stellar year at full-back.

He beat off heavy competition from Wests Tigers halfback Luke Brooks and Newcastle Knights fullback Kalyn Ponga, who was leading for the vast majority of the season up until the last few rounds of voting.

At just 20 years of age, Ponga has the potential to dominate the NRL for over a decade. To be so close to winning the Dally M in his first full first-team season, in a side that finished outside the finals, is quite remarkable.

The Knights are only going to improve again in 2019. With players such as Tim Glasby arriving and an injury-free season for Mitchell Pearce, the Knights are set for a Finals berth. Ponga will be at the heart of that.

With Billy Slater’s retirement, the Storm will need someone to step up in the halves. Munster has been excellent in 2018 but 2019 could see the standoff become an even more influential figure within the Storm’s set up.

Even without Slater, the Storm will be up near the top of the table and Munster will be key to their success. His running game is perhaps the most dangerous in the NRL but he also has the ability to organise and show off his kicking game. At 23, Taylor is already the player that leads the Titans around the park. With the help of his captain and pack leader, Ryan James, Taylor assisted 22 tries in 2018, second only to Johnathan Thurston.

While the Titans may struggle to make the top eight next season, Taylor will continue to shine for them. It was a good move for the halfback to leave Brisbane and become a crucial part of a team at a young age. There’s a reason why Gus Gould is currently euphoric. Nathan Cleary has committed his long-term future to the Penrith Panthers. He and the Panthers know just what that means for the club. Cleary is the key to any success the Panthers hope to have in seeasons to come.

He’s not even 21 yet and Cleary has led his team to three Finals series and played 56 times for the club. With his Dad giving him some pointers from afar as head coach of Wests Tigers, Cleary would surely be a good bet for the prize in 2019. These last few seasons have had the feeling of “what might have been” for the Canberra Raiders and Josh Hodgson.

Hodgson was winning the Dally M race in the latter stages in 2017 but was pipped at the post by Cameron Smith (he’s not the first).

2018 was an injury hit season for both Hodgson and the Raiders. They fell short of making the Finals. But in 2019, if they keep injury free, the Raiders could mount a challenge on the top eight. They’ve always been able to score points and Hodgson has been integral to that. 2019 could be his year.