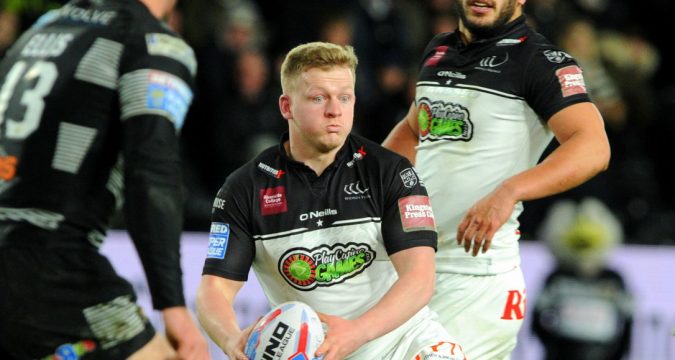 The 20-year-old played 23 games for the Vikings in 2017 and impressed during the club’s pre-season trial games ahead of the current campaign.

However, with Aaron Heremaia, Lloyd White and Danny Walker all currently fighting for the same position, Johnstone has gone out on loan to earn further first-team experience.

“I think this is a positive move for me at this stage,” he said.

“With there being real depth in my position at the moment, my opportunities for game-time are a little limited. I’m looking forward to going to the capital, playing regularly and continuing to progress.

“I’ve spoken to Tom Gilmore, Joe Mellor and Sam Wilde, who have all been on loan at London Broncos in the past and have spoken highly about their experiences. They’re a fulltime team with great facilities, so I’m very positive about this loan spell.

“There’s also some big fixtures coming up for the Broncos, like home games against Toronto Wolfpack and Featherstone Rovers, so I’m excited to test myself in a new environment.”

Denis Betts added: “Jordan needs to play regularly at this stage in his career. We have a number of options at the moment in his position, so this is a great opportunity for him to spend time in a good side and a good competition. We think that it is important for his development that he can play every week and hopefully he can do that at London.

“Jordan was great for us last year, but ahead of him he has Lloyd White and Aaron Heremaia, who have considerable experience. Danny Walker has options to play here very week at the moment, because he is eligible to play in the Academy, so it is important that we create opportunities for Jordan.”

“Jordan doesn’t want to sit there on his hands – he’s young, eager and competitive., and I’d also like him to be sharp and ready when I need to call upon him. I know that London have seen the benefits of taking someone of his abilities and experience on, so hopefully this will be a great opportunity for all parties.”