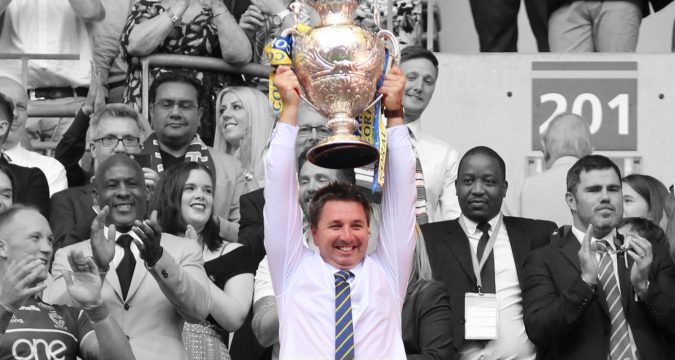 Warrington Wolves coach Steve Price says he wouldn’t be averse to seeing the rules governing players and coaching staff tightened up if it means that Super League can continues to a conclusion at the end of November.

With players and backroom staff at both Hull FC and Catalans Dragons already having been affected by the Coronavirus, causing games to be postponed, Price is conscious that the game can’t afford many other clubs to be affected if it hopes to complete the season.

“We have a responsibility to do whatever it takes to keep the game alive,” said Price.

“I don’t know what transpired at Catalans, but at Warrington we are doing everything we can and we have a responsibility to comply with the rules so that we can keep playing.

“As long as we are doing everything right from an individual and collective view we should be alright.”

And Price explains why he would be happy if the RFL were to issue stricter guidelines for keeping players and coaching staff free of the virus.

“If it were stricter there would be less grey (in the rules),” he said.

“For the longevity of the game, we need to make some tough calls. The players are young men with a lot of things thrown at them and we need to keep reminding them of their responsibilities.”

Meanwhile Price has given his backing to the new rules that have been introduced in Super League this season.

“The rules have resulted in the ball being in play much more than it was. The highest figure so far is 73 minutes of the ball in play,” he said.

“So I think they have been good rule changes, even though they are very demanding on the players.

“Our players are enjoying the rules, and the more we play, the more we’ll get used to them.”

And despite the greater demands made on players, Price admits he hasn’t yet thought about rotating his squad.

“At present it’s not crossed my mind about resting players. But as we get into it, down the track I’d look at rotating the squad. We have a 34-man squad, and they are all capable of doing a good job.

“We do a lot of game simulated training at the Wolves to keep them in practice.”