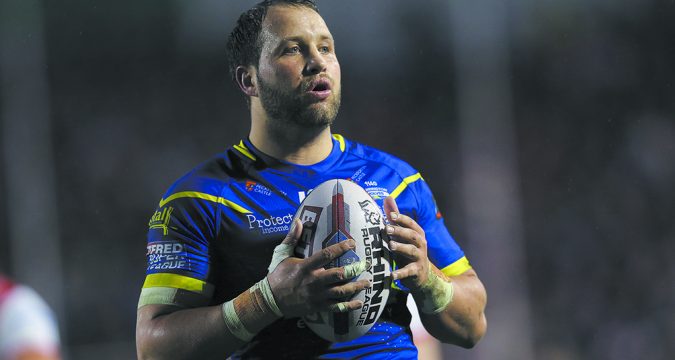 In a game played effectively in four parts, Hull KR suffered an early blow when hooker Shaun Lunt was carried off the field with what looked like a knee injury after just two minutes.

Four minutes later Rovers took the lead with a penalty, giving them a 0-2 lead which they held until the twentieth minute of the game.

However, the Wolves then took control, scoring four tries through Mike Cooper, two from Jack Hughes another from Ben Curries, with Stefan Ratchford adding three conversions for a 22-2 interval lead.

But the Robins fought back in the third quarter, scoring tries from Maurice Blair, James Donaldson and, on debut, Junior Vaivai, with Ryan Shaw adding all three conversions to close the gap to 22-20 on 50 minutes.

At that stage it looked as though the Robins could take the game, but the Wolves had other ideas and on 66 minutes they responded with three tries in five minutes to Tom Lineham, Ratchford and Ryan Atkins, with the latter a contender for being nominated as the League Express Try of the Week.

That made the score 40-20, but Danny McGuire replied for Hull KR with a late try, converted again by Shaw, for a final scoreline of 40-26.

Full match reports of all this weekend’s Betfred Super League, Championship and League 1 games will feature in Monday’s League Express.