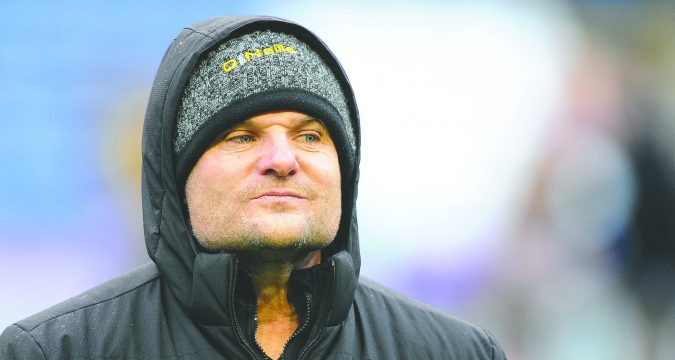 Simon Woolford bemoaned his side’s performance after falling to defeat to Toronto.

Huddersfield went into the game with four wins from five games, with their most recent victory coming against the reigning Super League champions, St Helens.

But they were way off their best as they were nilled by the winless Wolfpack, leaving their Challenge Cup run over at the first attempt.

The Giants came into the game off two five-day turnarounds, but Woolford insisted that wasn’t an excuse for the performance they produced.

“They back up and win, they find a way. We’re still obviously a long way off where we want to be.

“I’m not saying it is easy for the boys with the five-day turnarounds, it’s hard work, but that’s what was put in front of us and we didn’t aim up tonight. We spoke about starting the game well and playing a Toronto team probably down in confidence, but we played them into the game.

“The disappointing thing about tonight is that we don’t get to make amends next week, it’s done, our cup is over. Ken puts a lot of money into this club and he holds the Challenge Cup in very high regard. He made it very clear that he wanted us to do well this year and we’ve dished that up. We just had too many way off tonight.”