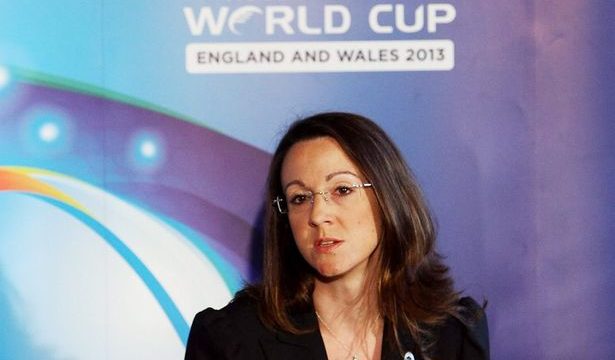 RFL Director of Projects and Planning Sally Bolton is to leave the governing body to take up a new position as Managing Director of the Organising Committee for the World Athletics Championships in London 2017.

Bolton, who played an hugely important part in the most successful international Rugby League tournament of all time in her capacity as RLWC2013 General Manager, takes up her new role next month. She was expected to stick with the RFL beyond the tournament, but will now head for a different sport and a different challenge.

RFL Chief Executive Nigel Wood said: “On behalf of the whole sport I would like to place on record our sincere thanks to Sally for her important contribution over the last seven years.

“The excellence of our events, including RLWC2013, has reinforced Rugby League’s standing as a world class sport and Sally has been a key figure in that.

“It was inevitable that following the World Cup, an events professional with Sally’s proven track record would be in demand from other sports and we understand and support the reasons for her decision to take up this new challenge.

“As part of the legacy of that tournament, other RLWC2013 personnel have integrated into the RFL team to drive the game forward as the sport approaches an exciting new era from 2015.

“I have no doubt that this combination will enable the sport to capitalise on the momentum gained by RLWC2013.”

Sally Bolton said: “I will leave Rugby League with nothing but fond memories and pride at having had the opportunity to work with, and alongside some very talented and passionate people.

“To be able to help deliver Rugby League World Cup 2013 was a real privilege, not least because the tournament allowed us to present the sport in all its glory.”