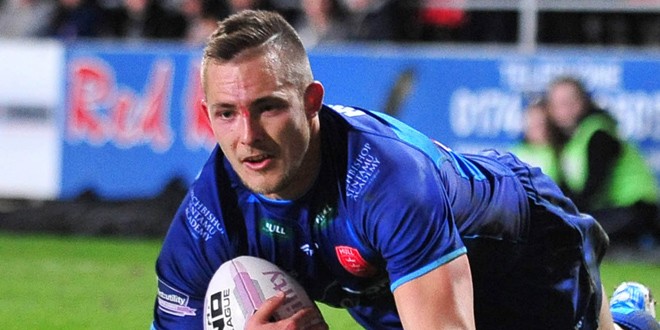 Hull KR coach Craig Sandercock insists full-back Greg Eden still has a future at the Robins, despite being sent to Salford on a month’s loan and reportedly dropping to third in the pecking order behind Ben Cockayne and Wayne Ulugia.

Eden made 12 errors in his first five games of the season and was dropped in favour of winger Cockayne, who impressed in the position until he picked up a minor injury and missed the trip to Catalan Dragons. That gave Eden one last chance to prove himself but more costly errors saw Sandercock’s patience run out and the 23-year-old was sent to the Red Devils. The arrival of North Queensland star Ulugia only compounded Eden’s problems.

Sandercock has not given up on him, though. He said: “I hope Greg improves the little things we have talked about,” Sandercock told the Hull Daily Mail.

“It’s a lot better working on those things in a Super League environment than playing for Gateshead [on dual registration]. He still has a future here at Rovers. It’s only a month’s loan at this stage.

“There are things he can do that nobody else can do. It’s about getting that consistency in his game, and I’m sure he will get there.”