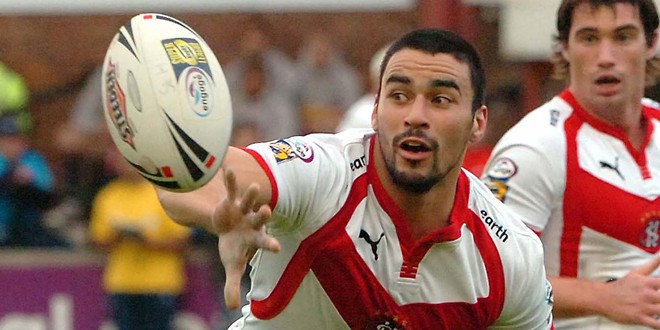 The former England and Great Britain star, 30, has scored 173 tries in 286 appearances for the Merseyside club but has fallen out of favour with coach Nathan Brown, who sees the Saints’ future in youngsters Adam Swift and Tom Makinson.

The Rovers are currently in an outside-back injury crisis having lost David Hodgson, Omari Caro, Sean Gleeson and Craig Hall so far this season. He will go straight into the Robins’ squad for their trip to Wigan on Friday.

“With David, Omari, Sean and Craig all missing at the moment, we are very thin in the outside backs,” said Hull KR coach Craig Sandercock.

“That being the case, we’ve had no real option but to go into the loan market and Ade Gardner fits the bill perfectly for us. His record speaks for itself and he’ll bring plenty of quality and experience to the side over the next month.”