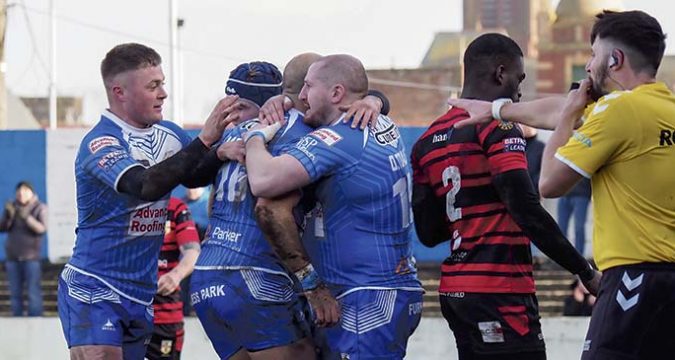 A five-man panel, chaired by Dean Andrew OBE, will make the decision, with the club set to take the 14th spot in the Championship that will be left vacant by the club granted promotion to Super League.

Among the criteria required to apply, clubs must have been in the Championship or finished in the top four of League 1 in either 2018 or 2019 in what is a stricter on-field requirement compared to Championship clubs applying for Super League, who only needed to finish in the top six.

That leaves only Barrow (pictured), Doncaster, Newcastle, Rochdale and Workington eligible, with all five clubs also passing the other requirements.

Clubs intending to apply must also have a regular season attendance of 750 or above in the past two years, as well as a stadium operational capacity, which all five clubs tick.

The other criteria generally mirror those disclosed in the document detailed in the equivalent application for Super League, though in some cases slightly adapted to meet the Championship’s needs.

Barrow, Doncaster and Rochdale have all confirmed they will be applying, Newcastle are likely to apply while Workington have not yet indicated their position either way.

The panel will be chaired by Air Commodore Dean Andrew OBE, a former President of the RFL, while the other members from the RFL will be its Chief Commercial Officer, Mark Foster, the Director of Insight & Customer, Alison O’Brien, RFL Chief On Field Officer, Dave Rotherham and the Chief Operating Officer, Tony Sutton.