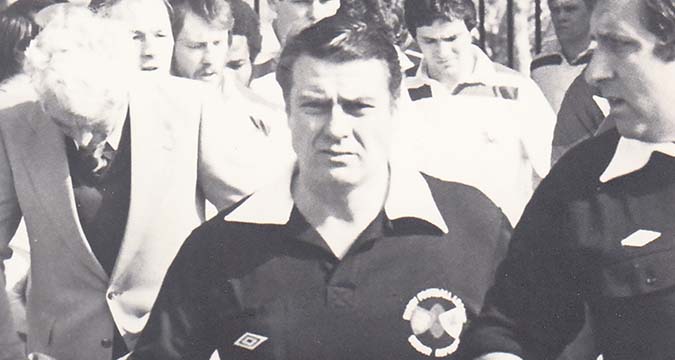 Public reaction to the death at 87 of Billy Thompson suggests he was just as good at talking about being a Rugby League referee as he was at taking control of matches.

A fine 18-year top-level career in the middle featured 17 internationals, including the 1977 World Cup final, in which Australia edged out Great Britain 13-12 at the Sydney Cricket Ground, the inaugural State of Origin match at Lang Park, Brisbane in 1980, when his willingness to allow the physical side of the game to reach its limits set the tone for all future such encounters, and three Challenge Cup finals at Wembley.

In the first of those, in 1971, the Huddersfield official became the first man to send off a player in a Challenge Cup final when Leeds captain Syd Hynes clashed with Leigh player-coach Alex Murphy and was controversially dismissed.

Murphy, ruled to have been headbutted during the second half, was carried off on a stretcher, but returned soon afterwards to lead underdogs Leigh to a famous 24-7 triumph, with Hynes vehemently claiming no contact had been made.

Thompson, whose last of more than 500 matches before enforced retirement at the age of 50 was the 1984 Challenge Cup final between Widnes and Wigan (he was then awarded a testimonial by the Rugby Football League), later became a radio pundit and a highly popular speaker on the after-dinner circuit, relating many an entertaining tale about his experiences with the whistle.

He was also made an MBE, proudly attending an awards ceremony at Buckingham Palace accompanied by wife Joan, and was a Huddersfield Giants life member.

An engineer at the well-known David Brown Tractors firm in his hometown, he also took charge of 28 other major finals, two Championship (the forerunner of the current Grand Final), four Premiership, five John Player Trophy, five BBC2 Floodlit Trophy (including both games in 1974-75, when there was a replay), eleven Lancashire Cup and one Yorkshire Cup, after becoming a grade two referee in the 1966-67 season and grade one in 1967-68.

By 1970, he was refereeing at the World Cup, being awarded three of the seven matches in the four-team tournament which was staged in England and won by Australia.

Thompson took all three Ashes clashes in 1973, at Wembley, Headingley, Leeds and Wilderspool, Warrington (the Kangaroos took the series 2-1).

And he was in the middle for two of the matches which made up the 1975 World Cup, when five nations played out a series over eight months, which was won by Australia.

Thompson’s greatest honour came in 1977, when he again took three of the seven matches in the four-team World Cup staged in Australia and New Zealand, this time including the final.

While Down Under, he also took charge of a Sydney derby between Manly Warringah and Western Suburbs in the New South Wales Premiership, at that time Australia’s premier league.

Such was his stock in the country that three years later, when State of Origin was launched in a bold but controversial bid to breathe new life into the flagging interstate series (players were now picked on the basis of where they were born or began their career rather than the location of their current club), Thompson was flown out to take charge after New South Wales demanded a neutral official.

While the new Origin concept had been criticised by officials, former players and many in the media, it clearly appealed to the punters as a capacity 33,210 crowd filed into Lang Park, where Queensland were 20-10 winners in a full-blooded and entertaining clash which was confidently controlled by the experienced Yorkshireman.

Thompson, who was three times named referee of the year, had taken his second Challenge Cup final in 1978, when Leeds beat St Helens 14-12.